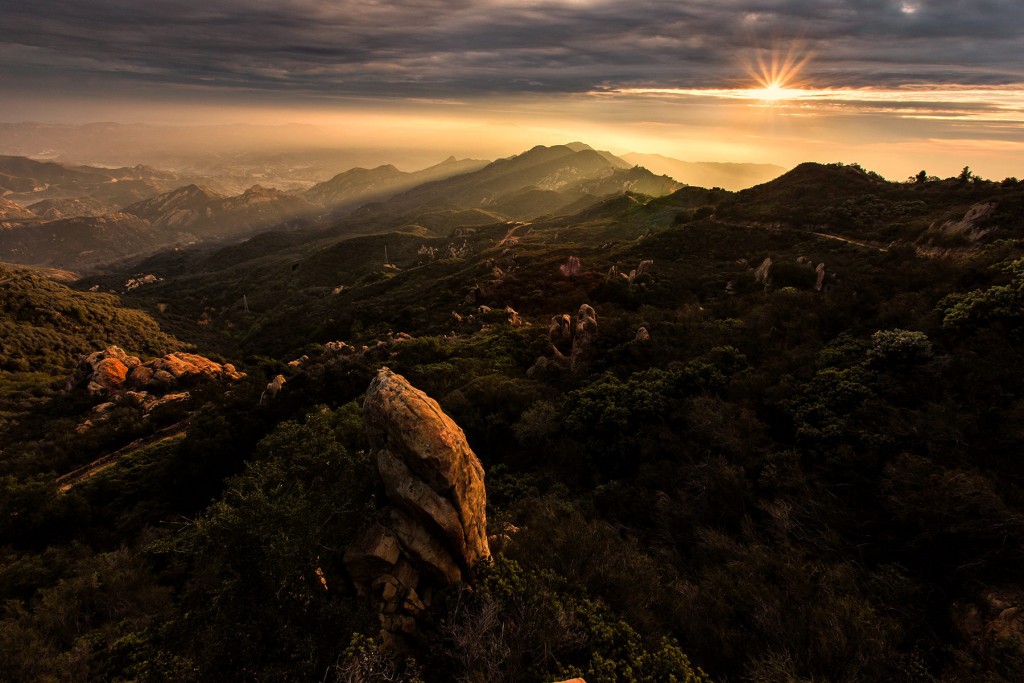 When most visitors set out to explore movie and TV history around Los Angeles, they head for traffic-clogged Sunset Boulevard, the crowded Hollywood Walk of Fame or a sprawling studio lot offering behind-the-scenes tours. But if your search ends there, you’re missing a fascinating – and decidedly more rugged – slice of southern California’s cinematic past.

About 25 miles west of downtown Los Angeles in the Santa Monica Mountains, the boulder-strewn canyons, tranquil lake and rolling grasslands of Malibu Creek State Park have served as stand-ins for far-flung lands in countless movies and TV shows – including the original Planet of the Apes and MASH.

Malibu Creek State Park encompasses more than 7,000 acres of hiking, biking, camping and rock climbing territory within the Santa Monica Mountains National Recreation Area. And in November 2014, another 700 acres opened to the public – land once owned by director James Cameron, in fact – creating yet another compelling reason to visit.

The area’s Hollywood ties go way back. The first film shot here – Daddy Long Legs, a silent movie starring Mary Pickford – was made in 1919. Over the ensuing years, more than 100 movies and TV shows made use of the terrain, including Charlie’s Angels and Dr Quinn, Medicine Woman.

A great place to start a cinematic exploration is the grasslands adjacent to the main parking lot, where scenes from the 1941 movie How Green Was My Valley were filmed. Starring Irish siren Maureen O’Hara, the film won five Academy Awards – more than any other movie shot in Malibu Creek State Park.

Much of the 1968 classic Planet of the Apes was filmed in the park, too. Studio crews constructed Ape Village on the shores of seven-acre Century Lake, near the park’s northern boundary. The studio planted a field for Charlton Heston to run through as malicious apes pursued him on horseback. Today, you can run through the same field, scale a rock wall aptly named Planet of the Apes and stand in the spot where Heston’s character was caged. True fans can make the 4.5-mile round-trip hike or mountain bike ride to the former site of Ape Village on the lake.

“Do not go where the path leads, travel instead where there is no path and leave a trail.”