Are new budget flights between the U.S. and Europe really a bargain? After including hidden fees and standard options on airlines like Wow, Level and Norwegian Air; the discount doesn’t always add up to much. But there are indeed deals to be had. Chicago to Reykjavik for $99. Los Angeles to Barcelona for $149. Denver to London for $199. It’s never been cheaper to fly across the Atlantic. According to the hype, at least.

In recent years, relatively new low-cost carriers such as Norwegian Air Shuttle ASA and Iceland’s Wow Air have begun offering eye-poppingly low fares connecting the U.S. and the whole Europe – rather than sticking to a single, compact region. The latest transatlantic player to join the fray is Level, from the European parent company that owns British Airways, Aer Lingus and Iberia. It began flying on June with four routes from its new hub in Barcelona to Los Angeles, Oakland, Buenos Aires and Punta Cana Dominican Republic, with advertised prices starting at $105-$149 one way. Air France has followed with their own low-cost subsidiary, Boost.

But are these flights really as cheap as advertised? Sometimes with low-cost fares, you get what you pay for: inconvenient schedules, maybe, or arrivals at less-than-convenient airports (like London Gatwick instead of Heathrow, or Hartford instead of New York’s JFK). Other times, you are suckered into a myriad of hidden fees.

We took a look at three existing budget airlines offering trans-Atlantic flights and tallied up what they really cost, after fees and necessary options like baggage surcharges. We also tried to see if the lowest advertised fares were really available, and then compared the totals to offerings from rival, full-cost airlines. Here is what we found: 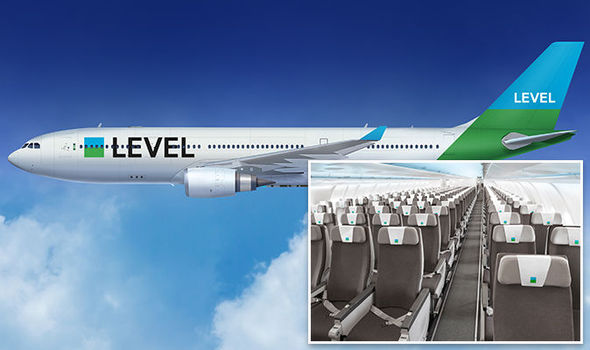 Level: A Newcomer with a Promising Offer

The Promise: Vueling Airlines gained a budget rival in Level, also based in Barcelona with €99 ($105) fares between Spain and the U.S.

The Perks: Each seat has its own 9-inch personal entertainment system and in-flight Wi-Fi is available for purchase. Spend extra $500 (each way) for Premium Economy to get roughly 6 inches of extra legroom plus a three-course meal, noise-canceling headphones and two free checked bags.

The hidden Fees: Basic fares include just a single piece of hand luggage (like medium backpack or tote/duffel bag or anything under 40 linear inches in dimensions), and the airline charges extra for checked bags, onboard meals and amenity kits with a blanket and pillow.

What it really Costs: As much as $1,030. The cheapest advertised fares from Oakland to Barcelona ($254 round-trip) were sold out as far as we could find; the best deal we spotted was $450 almost a year from now. Fares for June and July were twice as much, at $900. Adding a checked bag and a meal cost $65 in each direction, generally speaking.

How much you Save: Compared with similar flights on American Airlines, British Airways, Iberia and Vueling, you will save from $300 to $600.

The Promise: A comprehensive network of routes that start at just $65 between New York and Dublin or Edinburgh. The latest addition: $199 from Seattle to London Gatwick.

The Perks: Service out of 13 U.S. airports and into 123 European cities gives Norwegian the broadest route coverage of any trans-Atlantic low-cost carrier. And a fleet made up mostly of Boeing 787 Dreamliners means you are likely to get free video on demand and built-in power outlets.

What it really Costs: We successfully tracked down $199 fares from Seattle to London, but return legs started at $279 on most days from September to November. Tally up the extra costs, and you’re looking at $660 round-trip, minimum.

How much you Save: Not much. British Airways and Virgin Atlantic operate on this route, and their lowest average airfares in the same time frame come in at … $628. Seat selection is extra on both airlines (up to $75) – a small price to pay to earn more valuable frequent flier miles on a bigger carrier.

Wow Air: Not that Great of a Deal

The Perks: Planes are no-frills, with universal power plugs instead of onboard entertainment systems (Bring your iPad). But frequent sales on ticket price make it relatively easy to score a bargain.

What it really Costs: Chicago-to-Reyjavik fares were available for $99, albeit briefly—now the lowest round-trip fare is hovering around $390. Add luggage, food, and a decent seat, and you will spend $660 on that same ticket.

How much you Save: a big Zilch. Icelandair services the same route for $628, including checked luggage, carry-on, seat selection and even a full meal.

– The SILVER LINING –
Despite fees and fares that can be hard to navigate, the growing number of low-cost carriers operating trans-Atlantic flights is an overall boon for travelers. Among other things, their shockingly low airfares have forced traditional carriers to restructure and reprice their own fares on once monopolized routes, keeping fares lower in general. On the flip side, they have also set a precedent for major airlines to start nickel-and-diming you for every last detail – which means you get less for less across the board.

A growing range of more transparent booking options on affordable carriers is also making it easier to bundle ancillary fees for a reduced total price. (A “WOW Plus” fare including a checked bag and carry-on will save you $10 on the respective fees, for instance. Not much, but it helps.) And who can complain about a world in which sub-$600 flights between the U.S. and Europe are regularly within reach?